Tunisian politicians exposed Qatar's suspicious role in triggering tensions in the political climate in favor of Ennahda party and former President Moncef Marzouki, stressing that Doha seeks to destabilize the Arab states as it supports terrorism.

Tunisian politicians criticized the presidential candidate Moncef Marzouki's attack on a number of Arab countries during his election campaign, and some of them accused the him of serving an agenda consistent with that of the Muslim Brotherhood, Qatar and Turkey and described his statements on Qatar-owned Al Jazeera as irresponsible.

Saif Eddine Gabri, a member of the National Execution Office of the General Union of Tunisian Students, said that Marzouki sees politicians in Tunisia as a national crisis. Although he is an activist and supposed to accept the other opinion, he uses a hostile rhetoric against all Arab countries except Qatar. And he backed Doha's unsuitable policies toward the region.

Gabri adds that Marzouki, after taking office as interim president of Tunisia, took a hostile stance against Algeria in order to serve Qatar-Turkey's malicious agendas, and he also supported the Muslim Brotherhood, and was the trump card in the phase of change for Ennahdha, which sees him as a tool to achieve its ambitions.

He also added that Marzouki is accused of assisting Tunisian youth to travel to the hotbeds of the conflict in Libya and Syria in cooperation with Rashid Ghannouchi, and received many terrorists at the Carthage Palace, including leaders of Ansar al-Sharia and Party of Liberation.

The Qatari Minister of Defense explained that his country is seeking to achieve self-sufficiency in all fields, and he still promotes Tamim's illusions, while neglecting the economic problems. 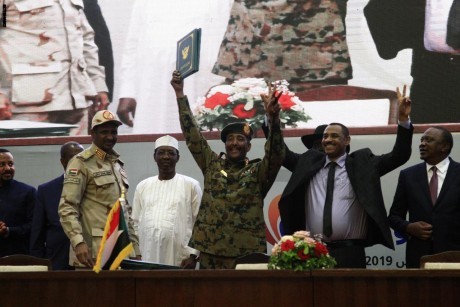 Sudanese official: Qatar must respect the sovereignty of Arab States

It seems that the severe blows that Doha received in Sudan thwarted its attempts to fund its terrorist arms in Sudan, so the ruling gang in Qatar began to reshuffle its cards.